Dina Montresor, passionate art scholar, founded in 1969 the Corner Gallery: from the key stone of foundation so precious to the builders of the ancient buildings. And by chance the first seat of the corner was in Milan in via Clerici 13, on the corner of Via dei Bossi, home of the mythical Finarte.

In 1971 DAMS was born in Bologna, the first university entirely dedicated to art. Montresor, who has always been a patron of the matter, immediately enrolled and graduated with 110 and honors, although in 1970 he was born his only son Christian Eidolon Alberici current animator of the same activity that now counts half a century of life.

Montresor, has always privileged the direct and personal relationship with the artists or the collaboration with galleries of primary importance.

To cite a single example were sold some gouaches of Alexander Calder purchased in Paris from the gallery Maeght and authenticated by the same signed by director Daniel Lelong.

On the occasion of the purchase of these gouaches Montresor could meet
Alexander Calder and his wife in their bUEN Retreat to Saint Paul de Vence.

At the arrival Calder and his wife welcomed Montresor with the utmost cordiality and, as a sign of friendship, they immediately offered an apple grown by them!

Many important facts have happened in this half century. Among these is the great digital revolution. The angular structure was soon adapted to provide artists and customers with a service of information, documentation and management of purchases and sales, in line with modern technologies.

Angular guarantees maximum safety and transparency in every step of its business.

The angle and the promotion of young artists

The young Montresor has immediately dedicated itself to the promotion of young artists in order to select those to be put under contract, on the scheme used by the great French gallerists.

From 1969 are started monthly the personal exhibitions of Italian and foreign artists to make known to the Milanese public that was with great interest attracted also by the legendary buffet of the inauguration, offered by Confectioneries then become theEgendarie: One of all the pastry Gattullo di Porta Ludovica.

Great success in public and sales, has obtained in 1974 the staff of Lucio Ranucci, international artist but little known at home.

Montresor immediately realized that Ranucci was the artist he dreamed of encountering. Since the inauguration, all the exhibits have been sold. An unprecedented result!

From this partnership, started in 1974 and lasted until the death of the artist in 2017, have sprung exhibitions all over the world with works of excellent quality and editions of graphics, very often hand painted.

Guido Crepax has also collaborated for a long time with the angular right from the start. Here is the portrait made by Christian Eidolon Alberici for his third birthday. (Crepax photo "affection")

Over time the exhibitions of young people have continued, interspersed with exhibitions of already well-established artists, such as Lucio Fontana, Tullio Pericoli, Felicita Frai, Masayoshi Kumamoto, George Grosz, Michele Cascella and many others.

At the request of the Academy of Fine Arts of Brera was organized in September 2001 a performance of young students who presented their own study on the "Brain"And that has had the sponsorship and prizes offered by a major financial institution the Eptaconsors.

The exhibition-Competition "The Art of a Brain Company" was held at the headquarters of Eptaconsors in Milan in via Visconti di Modrone 15.

The angle and the choice to focus on the graphics

In July 1974 Maria Venturi, deputy director of the magazine "Annabella" of Rizzoli, in that period directed by Enzo Biagi, interviewed Dina Montresor. The article was dated in August.

Here is the partial recovery of this old interview that we seem to fully express our thoughts on art and graphics in particular.

"... .... In short, you have the impression, sometimes, of a change of market. Who was hunting for paintings, until yesterday, today throws itself on the graphics. How to choose safe values, how to risk a reckless purchase, decided on the enthusiasm of the moment? And it's fair, how many are doing, abandon the paintings?

We ask for advice to Dina Montresor, director of the Galleria angular in Milan. A veteran of graphic art: His gallery was the first in Italy to believe in the possibilities DI this new market. Dina Montresor has just returned from a tour in London, Paris, Munich, Hamburg and Frankfurt.

Mrs. Montresor, what do you think causes the boom in graphics?

The main: With the engravings or with the other techniques can be realized multiples at affordable prices for the general public, which can not spend several millions to hang in the house the oil painting of one master. Even the enthusiast who has less availability can put together a collection of important names in the international field...........

Can you explain to us, according to your experience, the evolution of quotations?

Among the collectors friends there is an engineer who in 1962 bought Haus in Maloja, Lithograph by Giacometti, published in 5 specimens. Price: 35,000 lire. Well, today (1974 NDR), the work is assessed on the international market for two million lire. More recently, in 1971 he figured in our catOlicy Oiseau Mère , Max Ernst Etching, circulation 100 copies, price lire 280,000. Last June (1974 NDR), during an auction at Finarte, one of these specimens was sold at 730,000 lire. In 1969 I myself purchased in Paris a large lithograph of Joan Miro ' for 160,000 lire, today already worth a million. If for foreign artists the increase in quotations is partly due to the devaluation of the lira, the internal market is only tied to the game of supply and demand. Today (Always 1974 NDR) It takes two and a half million for a etching of Morandi in limited edition, which in 1960 you could have for just 120,000 lire..... "

In the hope of being able to even partially help the collector to make a safe and risk-free choice, we will provide some synthetic news about the various techniques and the

The angular and the correspondence sale

To create a MLabour of young collectors, the angular began in 1971 the sale by correspondence of graphic works, minting the formula "with convenient monthly instalments", then copied by all.... Continue

The angle and the promotions studied for large companies

Rizzoli asked the corner for a proposal for the 1977 subscription campaign of its magazines.... Prefollow 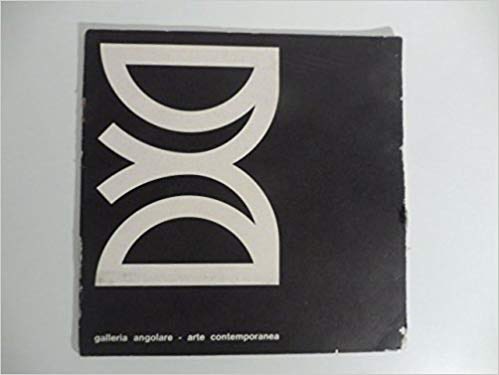 To be determined Shipping
€ 0,00 Total

Product successfully added to your shopping cart
Quantity:
Total:
There are 0 items in your cart. There is 1 item in your cart.
Total products:
Total shipping:  To be determined
Total:
Continue shopping Proceed to checkout