The angle and the promotions studied for large companies

Rizzoli asked the corner for a proposal for the 1977 subscription campaign of their magazines.

Dina Montresor has proposed a circulation of Michele Cascella "vase of Flowers".

The success was incredible, everyone wanted this beautiful screen, of which are left very few copies, which we propose here for sale.

In 1980, a fruitful collaboration with BAYER and Sandoz – Novartis has begun, which for years have given graphic works of art or dishes decorated by artists to physicians from all over Italy, accompanied by the annual calendar.

Bayer gave its customers in 1995, on the occasion of the launch of Cardioaspirin, a bronze plaque of Arnaldo Pomodoro entitled "Heart" provided by angular

For four consecutive years Novartis has given its customers a series of "museums" specially created by Ugo Nespolo. A success that still all envy us today!

On the occasion of the edition "Spighe" for Bayer, Montresor bought a painting for his private collection and was photographed with Schifano and theWork. A very interesting meeting. 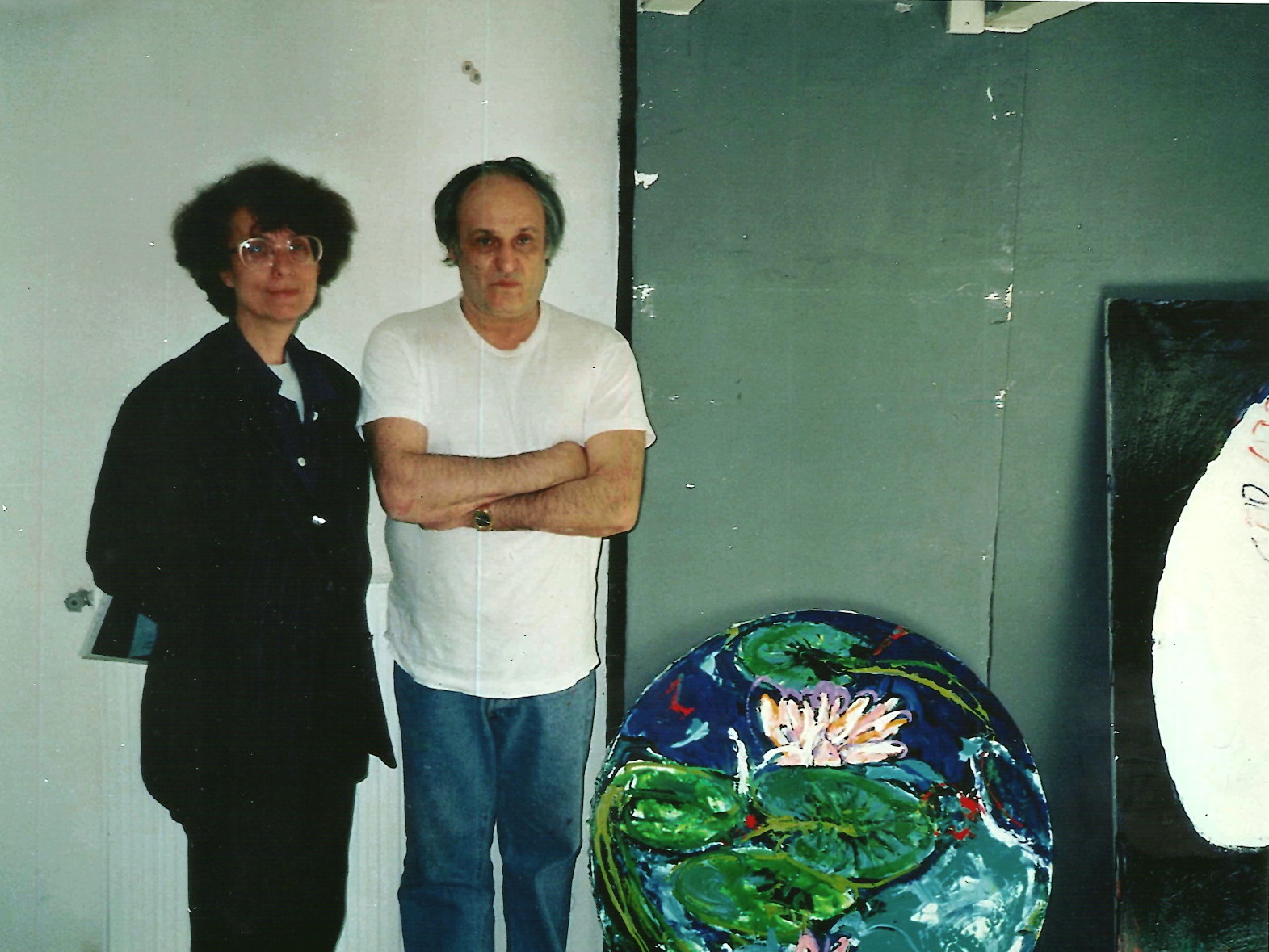 Many artists have collaborated in making works for the companies we cite one for example: Arnaldo Pomodoro. 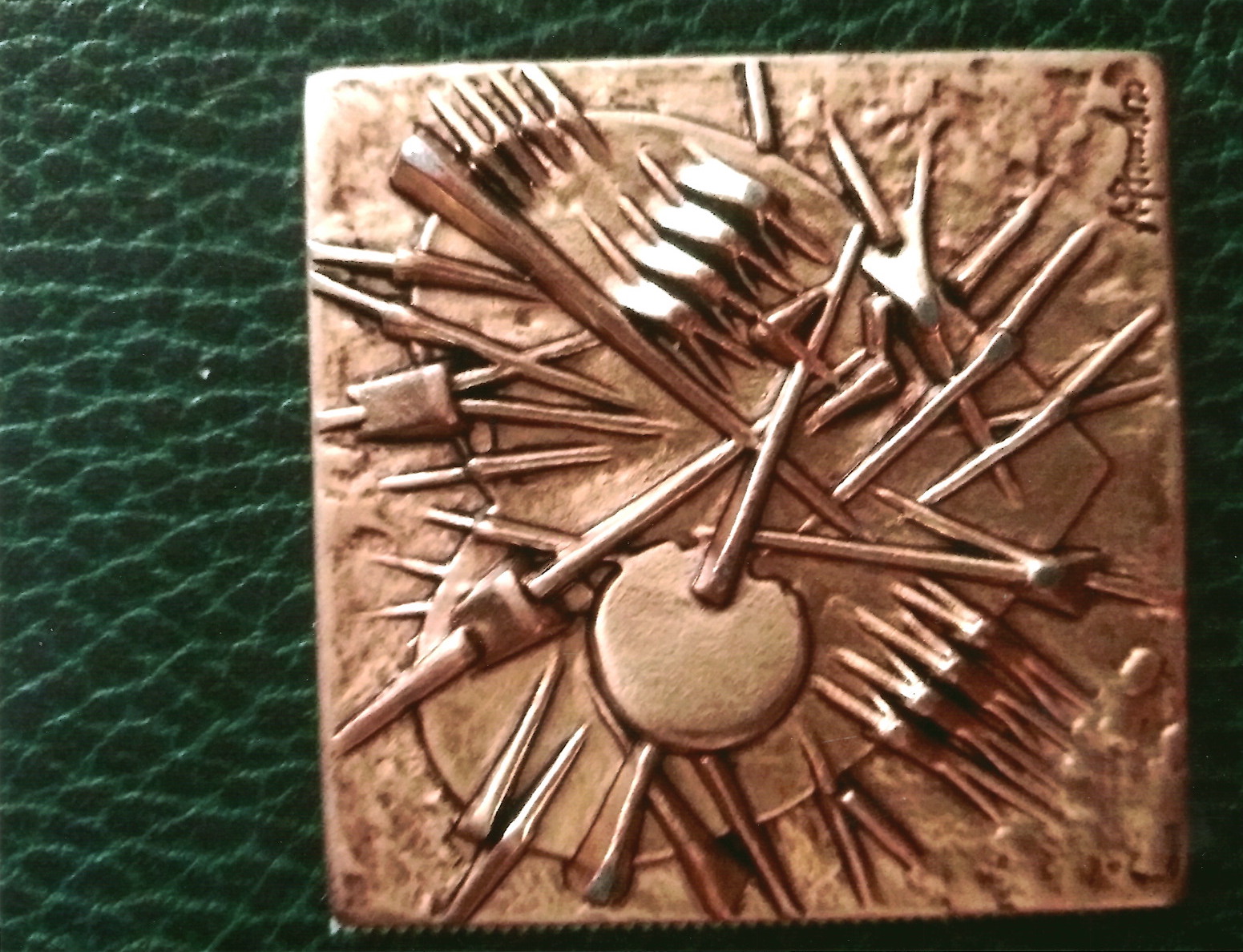